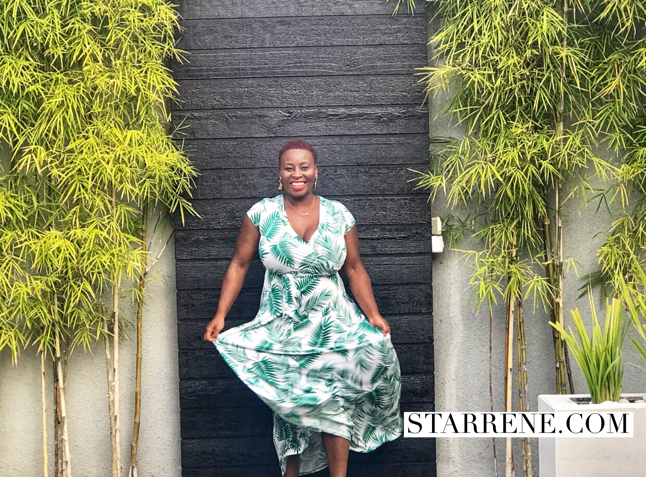 My recent trip to Bali was amazing! Part of why it was so fun is definitely because we did not travel with our toddler. Traveling parents on social media make it look easy, but hubby and I needed a break. We wanted to reconnect without our little one.  Thankfully, our daughter has two grandmothers who are willing to take her for extended periods of time. 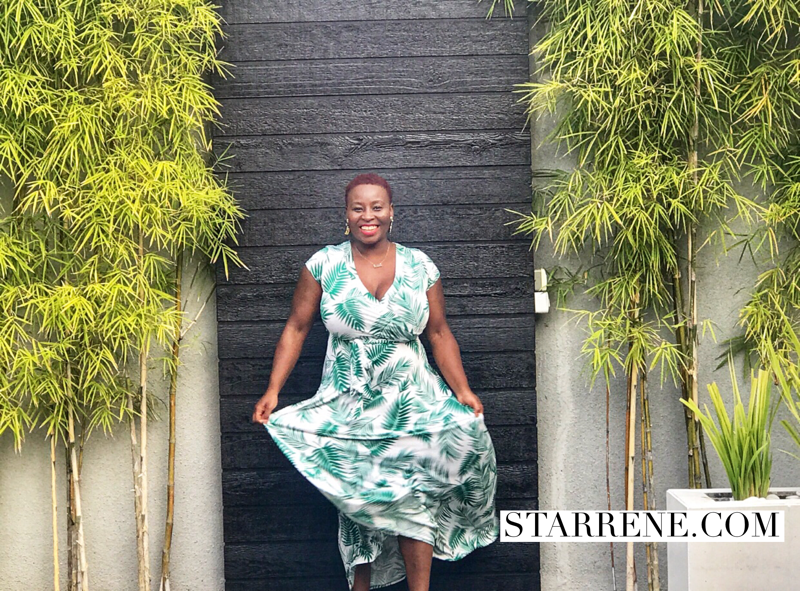 Bali popped up as an option because it had been appearing in my IG feed a lot more than I ever noticed before and I got curious, especially after I saw a post from @TheCatchMeIfYouCan mentioning that you get more bang for your buck in Southeast Asia than you do in the Caribbean. Coincidentally, she had also recently gone to Bali and posted some poppin’ pictures.

💛💜💚💙❤️ this is what happens when @eltonandersonjr celebrates his birthday with a style guide curated by @apuje, the short film directed and filmed by @jrbland, the score curated by @djbhen, makeup by the freshman attendee and my roomie @hippiechiklifestyle and endless jokes curated by @jay_todd and @lamardupree. There are so many talented people in this picture. And we all flew over 20 hours to come together for a week of laughs, camaraderie, and foolishness. #baliindonegros #catchmeinbali #catchmeinindonesia

That was enough for me to see what’s up and the hubby was down too. The journey is long but worth it because the currency works in your favor even with inflation. You have access to luxury hotels and services for much less than you’d experience in the US or the Caribbean.

Here’s the scoop on Bali:

-Getting to Bali from the United States (and probably North America overall) is torture. There are no direct flights. For us, that meant a 15-hour flight to Hong Kong (via Cathay Pacific) and then a 4-hour flight to Bali. We flew economy the entire way because Premium Economy, Business Class and First Class definitely weren’t in our budget. The latter cost $15,000 per person (and we don’t travel enough to have the gazillion miles necessary for an upgrade). If we had an extra $15,000 per person then we’d charter a private jet but whatevs. Premium economy is more doable but an extra $2,500 wasn’t in our budget. What made it torture for me is the fact that I experience tailbone pain (something I’ve had to deal with since giving birth) if I sit too long, especially on hard surfaces. It also didn’t help that Cathay Pacific’s planes are tiny and the seats are uncomfortable; it’s like they want to rub it in that you’re a commoner who can’t afford more space, but I digress. However, the journey was worth it.

-You can use this trip as a two-for deal by visiting two places in one trip. Popular layover cities on that route, depending on the airline you fly, are Hong Kong, Singapore, Qatar, and Dubai. Some trip planning sites allow you to factor in a day or two in your layover. I wish we had taken better advantage of this. We booked via Priceline and focused more on making the connections as direct and as swiftly as possible so we ended up with an automatic 19-hour layover in Hong Kong on the way back. In hindsight, I would have done better planning that layover in terms of how long it was and what our arrival and departure times were. I’ll talk about this in a separate post about our time in Hong Kong.

-In terms of pricing, we didn’t catch a flight deal. I’ve heard people say they got flight deals to Bali and signed up for every watch list and flight intel website I could think of (or that was recommended). However, I didn’t have any luck so full price it was! It wasn’t cheap but it wasn’t the most expensive price I saw either. I had been watching flights for at least two months before finally booking. We went in early June during dry season and it wasn’t a busy tourist time.

-We stayed in a luxury villa community called eQUILIBRIA Seminyak where we had a Butler on call. All we had to do was call this little pager they gave us and said Butler would appear with whatever food we desired. The facility was nice and modern minimalist. We had our own private pool and it was a 15-minute walk to the nearest beach. If I ever get to visit Bali again I’d stay at a beachfront property, but eQUILIBRIA is worth another stay. You can read my full review over at TripAdvisor.

-Bali has all types of accommodations. You can stay at a 4 or 5-star hotel or Air BnB for as low as $50 a night, and even less if you’re okay with hostels. You could also get a group of friends and split a mansion with staff for something like $2,000 for the week.

-We stayed in Seminyak, which is 30 minutes the airport (in good traffic), touristy and has lots of restaurants and shops. I actually liked where we were because it didn’t feel sleazy like a lot of tourist-heavy areas can feel. Seminyak felt upscale but casual. There was a vibe but not in a snotty way. You still have to be careful, though. Hustle Man is watching! Seriously, people will try to run scams on you. I think they’re obvious (we had to shut some down) but you never know where people’s heads are.

-We did a fun ATV-tour through the jungle and a village in Ubud. I only recommend ATV-touring to daredevils. It’s a bumpy, sometimes hilly ride and you should also be a comfortable driver. They’re going to say that your driving skills don’t matter (you don’t even need a license, which I thought was suspect but they want your money, so…). Trust me, your level of comfort with driving does matter. I rode in a buggy next to my hubby. He whipped the heck out of that thing, but there were some moments over hilly and rocky terrain and making sharp turns that I know would have freaked me out if I had been driving. I do have a driver’s license, btw, but ask me when the last time was that I’ve actually driven. 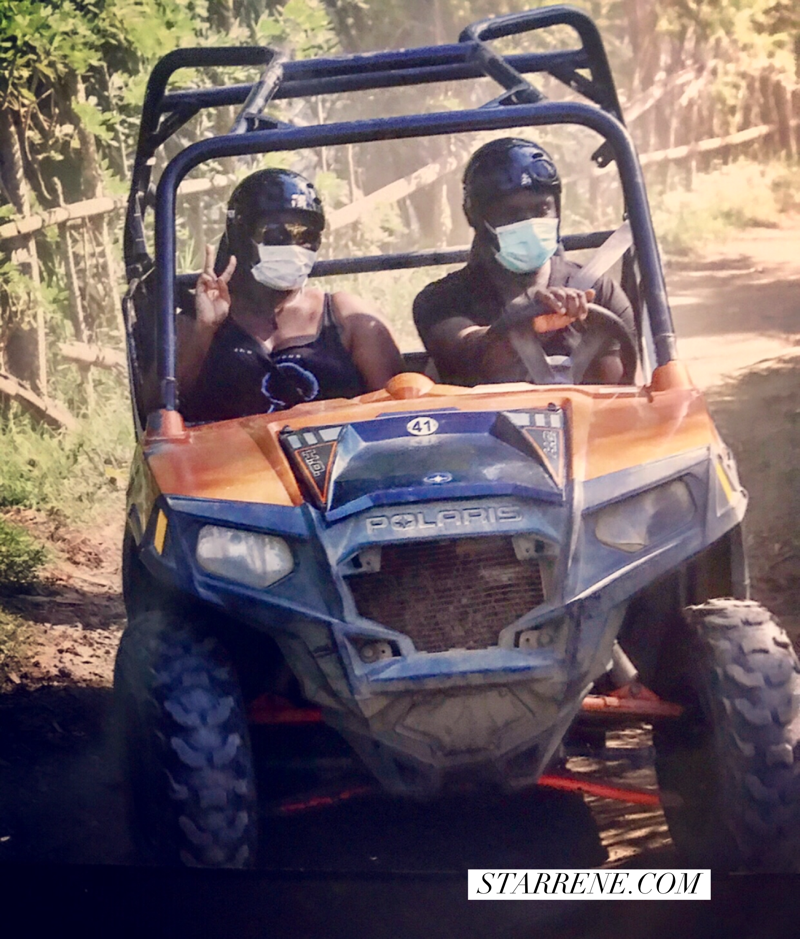 -Sundays Beach Club is worth your time, especially if you’re not staying on a beach-front property. Some of the popular beach clubs in Bali are super crowded and generally a scene. Sundays wasn’t crowded, the beach was gorgeous, the music was good, and the food was really good. I hate to be cliche, but it really is for the grown and sexy. 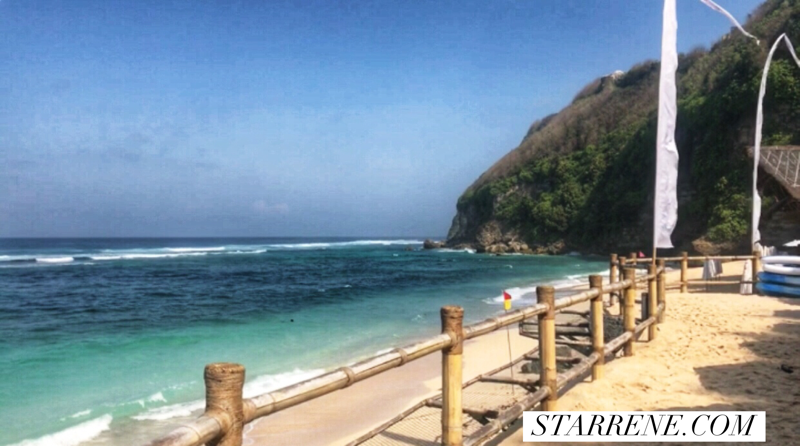 -La Laguna is another chic place. You want to go late afternoon/early evening (get there at around 4:30). We went to catch an evening sunset and some vibes. This place is a mood, and very Instagrammable. The decor is colorful and bohemian, and it looks like it came out of a storybook. They also play Fela, have movie nights on the grass, serve kombucha in wine glasses, and have good food. Urm…they had me at hello.

-We did a cooking class at our hotel, which was fun. Based on my research, cooking classes aren’t hard to find in Bali.

-The food we experienced in Bali was good (and neither of us ever caught the Bali Belly). You can choose from typical Western fare or try traditional Balinese food (which isn’t for everyone because it can be spicy, but I love spice). I saw Chinese Restaurants and even a Mexican place. Vegans and vegetarians will be happy to know that the herbivore options are bountiful. If you happen to stay in Seminyak then you must try Kynd Community and Earth Cafe.

-It cost us $42 to hire a driver for a full day. Bruh. He took us anywhere we wanted to go for a span of 8 hours. That same driver took us to the airport for $15. You know cabs (and hotels too) love jacking up the airport rates when you travel!

-You have to haggle when you shop at the markets. I hate haggling, but I managed. Rattan bags are a staple in Bali and I bought a few (they’re great gifts).  To give you some perspective, if you get the bag in a gift shop in Seminyak, where the prices are set, you will end up paying $60 or more. I checked. I got my bags from various street vendors around Seminyak. One tried to get me to pay $40 per bag. I talked him down to $15 per bag (we were speaking in Indonesian Rupiah) and that was the lowest I went. I didn’t mind. Our driver said Ubud is cheaper because there are less tourists since it’s more inland. I probably could have talked the vendors there down to $7. I didn’t spend enough time on the ground in Ubud though. 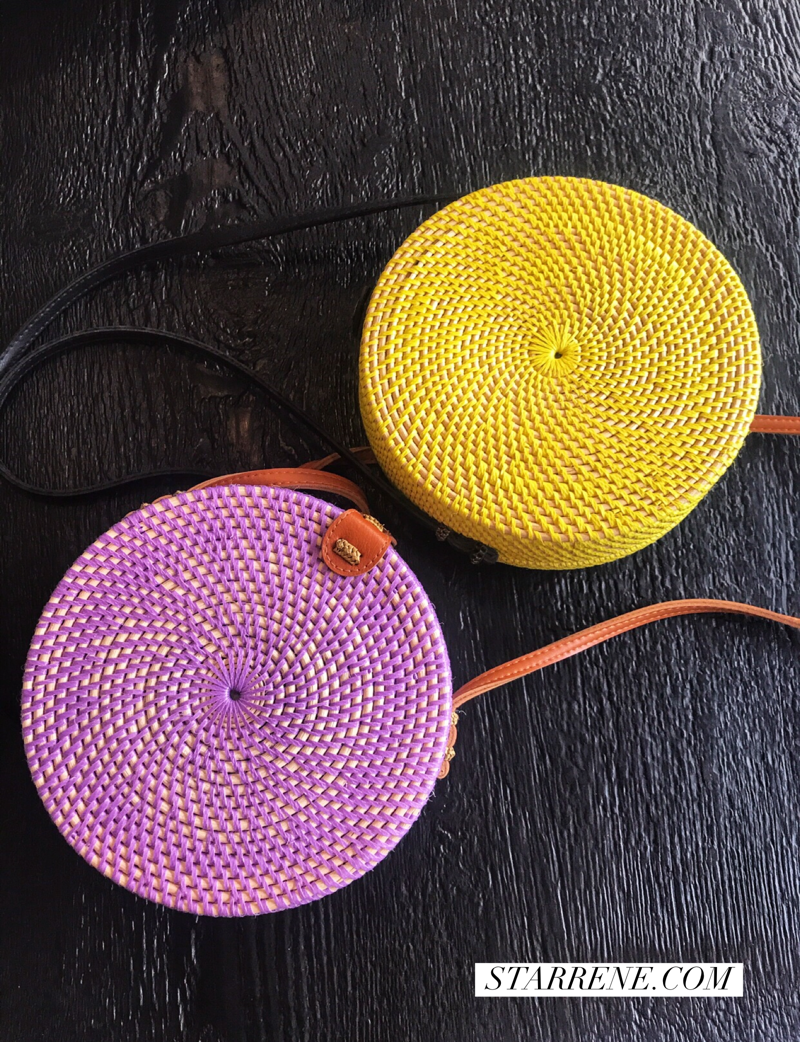 -Juice in Bali is going to most likely be literal juice from the fruit and not the bottled syrupy stuff we’re used to. They blend up whatever fruit you ask for and serve it to you fresh. I wasn’t mad at that.

-Bali is frequented by Australians due to location. Apparently, Australians refer to Sprite as lemonade, I have no idea why but I definitely gave my waitress the confused af face after I ordered a lemonade and she brought me a Sprite. Luckily, the owner of the restaurant (it was a Greek restaurant) was familiar with American culture (I couldn’t place his accent though) and he clarified that little tidbit. Why, Aussies? Why?

-Money changing is another issue. Apparently, some money changers in Bali can be trixie hobbitses and try to take some extra bills as they make the conversion, or they might try to tell you the exchange rate is higher than it is (I actually experienced this in Ghana and flipped the fuq out). I didn’t experience this but I spoke with a lot of people who did, one even at the airport! Another person who experienced this told me that she found some Tourist Police (Bali has police specifically for tourists) and they were able to get her money back. She said the money changer didn’t even argue about it.

I converted my money before leaving the US via Travelex (all Travelex charged me was the delivery fee) but if you must do it on Balinese soil be very discerning. The airport, hotels and recommended ATMs may be your best bet. Same goes for credit/debit card use. Try not to use your card too much, but if you do make sure it’s established places that have good reputations and a high tourist population. 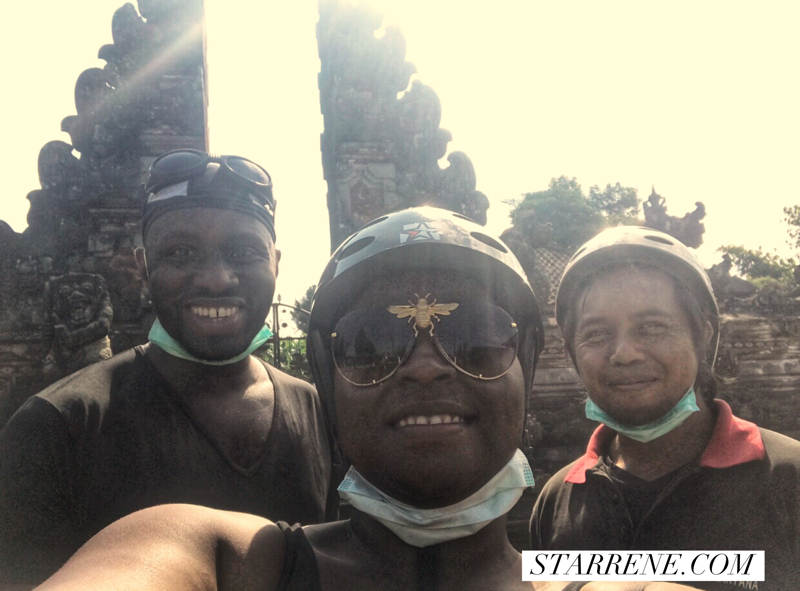 That’s all I have for now but feel free to ask me any questions. You can also see pics and video clips over on my Instagram page. 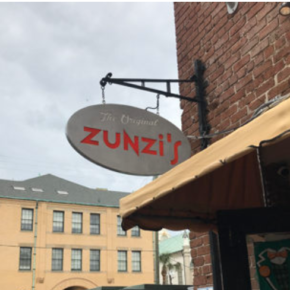 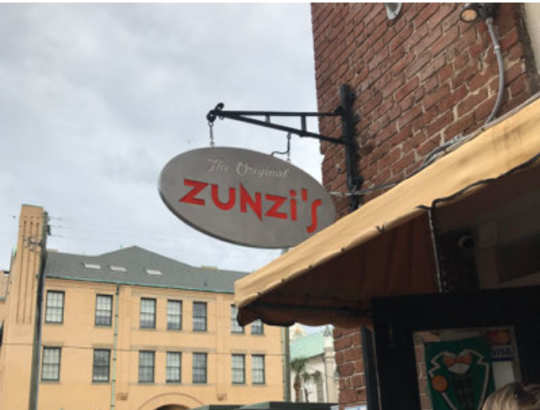 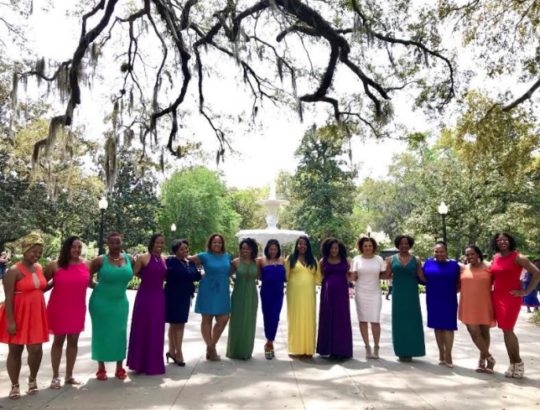